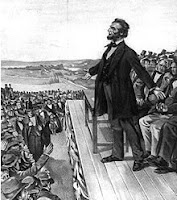 If you could be whisked backward in time, by some Dickensian spirit or H. G. Wellsian device, where and when would you go?

Let’s stipulate that you would be invisible and adhere to the Star Trek-Vulcan non-interference policy.

Would you choose big-ticket, red-letter events? Like the Sermon on the Mount or the download of the Ten Commandments; the Gettysburg Address or the “I Had a Dream” speech?

Of course you can catch a rerun of Dr. King’s speech on YouTube, and they say you had to be real close to hear Liincoln’s brief, unamplified remarks. Could the acoustics have been any better for the Beatitudes and the Thou Shalt Nots?

My time travel list is top heavy with performing artists. If I were younger, it might include Bruce Springsteen or Michael Jackson. The Beatles don’t make my list either. I would like to have been at Elvis’ legendary 1969 concert at the International Hotel in Vegas.

No writers on my list (well, there is one hyphenate, I’ll get to that in a moment). No matter how Hollywood tries to glamorize the seat-of-the-pants work (The Way We Were,

Breakfast at Tiffany’s, Ruby Sparks), it ‘s still a solitary schlubb in a room pecking away. Or, in the case of Doctor Zhivago, Omar Sharif shivering and scratching away at his Lara poems.

For me, too often writing feels like the sweaty business the Coen Brothers show us in Barton Fink.

As to the hyphenate, I would put near the top of my list author-actor Charles Dickens doing one of his legendary public readings. Ralph Waldo Emerson attended one in Boston during Dickens' American tour; Emerson said it was so funny that that he laughed “as if he must crumble to pieces.” Of course, when Dickens acted out Little Nell’s death scene from The Old Curiosity Shop, Victorian crowds went wild with grief.

in Oliver Twist: “Warming with excitement, he flung aside his book and acted the scene of the murder, shrieked the terrified pleadings of the girl, growled the brutal savagery of the murderer... Then the cries for mercy: ‘Bill! dear Bill! for dear God's sake!’... When the pleading ceases, you open your eyes in relief, in time to see the impersonation of the murderer seizing a heavy club, and striking his victim to the ground.”

Little wonder that Dickens achieved a rock star-like status on his reading tours, complete with Gladstone bag filled with cash receipts just like the Rolling Stones. But Dickens wasn’t the first rock star. That title goes by general consensus to Franz Liszt. "Lisztomania" swept across Europe in the 1840s, a quarter-century before Dickens’ American tour.

"We hear about women throwing their clothes onto the stage and taking his cigar butts and placing them in their cleavages," says Stephen Hough, a renowned concert pianist on his own right.

Liszt does not make my list, but I have often fantasied about slipping into Sergei Rachmaninoff’s Beverly Hills home back in the ‘30s or ‘40s. I’d pick one of those afternoons or evenings when Sergei’s dear friend, Vladimir Horowitz, would drop by and the two keyboard titans, on dovetailed concert grands, would sink their talon hands into a two-piano reduction of the Rach 3. No amplification needed in that room!

Dueling pianos also beckon me back. I would love to hear one of the legendary “cutting 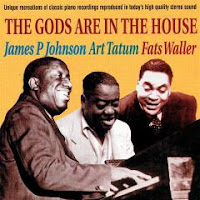 I ‘d pay Stub-Hub a special time-warp premium for a keyboard-side seat.

Another grand musical duel entices, this one featuring none other than Ludwig von Beethoven. His opponent, Daniel Steibelt, was a self-regarding Viennese composer-pianist. According to musicologist Harold Schonberg, the two rivals had their showdown at a musicale where Steibelt played a brilliant fantasy for piano and strings whose theme he had taken from a Beethoven trio he had heard the previous week: 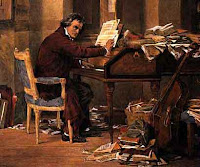 “Steibelt’s admirers were in raptures. Now the issue was joined, and Beethoven had to show his strength. He walked to the piano, grasped the cello part of the Steibelt work en route, put it upside down on the piano and insultingly drummed out a theme with one finger. Then he improvised, and—angry, excited, on his mettle—how he must have improvised! Before Beethoven had finished, Steibelt stole from the room. He never again would meet Beethoven, and made it a condition before going anywhere in Vienna that Beethoven not be invited.” (Schonberg: The Great Pianists From Mozart to the Present, p. 75) 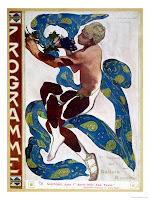 What else? I’d love to have seen Nijinsky dance, Houdini disappear an elephant, heard Chaliapin sing the Song of the Volga Boatmen, watched Babe Ruth circle the bases after a gigantic clout. I wish I could get good outfield seats in Yankee Stadium in 1951 to see Joe DiMaggio side by side with rookie sensation Mickey Mantle .

What’s on your list? Anything happening right now, anywhere in the world, you might wish someday you could go back to?
Posted by Dan Pollock at 11:13 AM