WRITE WHAT YOU KNOW--OR DON'T 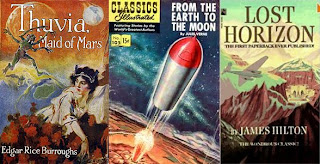 Rather than writing about what I know, as beginning fiction writers are ever advised to do, I've chosen to write about what excites me. Why not? Non-astronaut Jules Verne wrote about lunar travel; James Hilton never visited Shangri-La, nor Edgar Rice Burroughs the moon. As fiction fodder, my own milieu bored me as a boy, and continues to do so.

I decided to write the kind of books that I like to read, just like Ian Fleming did. Can  you imagine, that intrepid spy novelist-to-be grew up and lived in a world without James Bond thrillers. So would we all, were it not for his sophisticated, wry, storytelling genius and incurably boyish imagination. 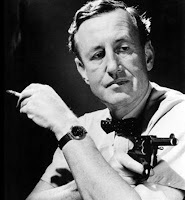 (Of course, Fleming, as a Naval Intelligence officer in World War II, knew the espionage business, too. But that’s off my point, isn’t it?)

My first published thriller was set in exotic locales I’d never laid eyes on (and still haven’t)—Istanbul and the Eastern Mediterranean, with climactic events on the tiny Greek island of Kastellorizo. Lair of the Fox was published in 1989, before the era of online, on-the-fly research, so my work desk was piled high with National Geographics, maps ordered from around the world, travel magazines and travel books. 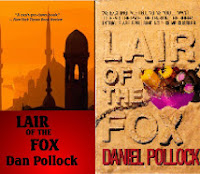 Pre-publication I sent off reading copies to some of my favorite thriller writers, and was flabbergasted to get back generous quotes from two of them, Clive Cussler and the late Ross Thomas. But my favorite response was a letter from Eric Ambler, whose 1939 masterpiece, A Coffin for Demetrios (Mask of Demetrios in the U.K.), was also set in Istanbul and was my inspiration for Lair.

Ambler promised to read my fledgling novel when he had the chance. Then he added that, like me (as I had confessed in my letter), he had not had a chance to visit Istanbul before writing Demetrios. 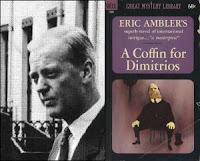 Eventually, he said, he came to know the city quite well and applied this knowledge in several works—especially The Light of Day (filmed as Topkapi).

The funny thing was, he went on in his urbane way, more than a few “Old Stamboul hands” had advised him that the atmospherics and feel of the magical city by the Bosphorus were far better captured in Demetrios than in the later works.

I’m not saying that ignorance is a virtue, please note. What I am saying is that dogmatic pronouncements like “Write what you know!” may resound convincingly in the Fiction Fundamentals lecture hall, but they are not necessarily so. The best comeback to such dogmatism remains Hamlet’s:

There are more things in heaven and earth, Horatio, / Than are dreamt of in your philosophy. 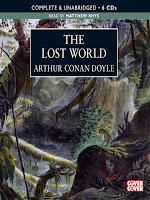 My own philosophy of writing is expressed in this quatrain by Conan Doyle that serves as the epigraph to The Lost World: