Three months back, in a post called “SPECTATOR TIME TRAVEL,” I posed the hypothetical, “If you could be whisked backward in time, by some Dickensian spirit or H. G. Wellsian device, where and when would you go?”

I offered a grab bag of suggestions off the top of my head—attending one of Charles Dickens’ legendary readings; sneaking into Sergei Rachmaninoff’s Beverly Hills home back in the '30s and '40s to listen to the composer and his dear friend, Vladimir Horowitz, play through the “Rach 3” on dovetailed concert grands; or,  maybe even more exciting, one of the legendary “cutting contests” matching stride piano players such as Fats Waller, Teddy Wilson, Count Basie, and Earl "Fatha" Hines.

It’s not that I wouldn’t want to be among the select few for the Sermon on the Mount or at the foot of Sinai when Moses came on down with the Ten Commandments; but Hollywood has already been there and done those, and the Gettysburg Address, tool.

The main comedy quartet--Sid Caesar, Imogene Coca, Carl Reiner and Howard Morris--was brilliant in skit ensembles. But behind them was marshaled perhaps an even more awesomely talented team of comedy writers.

To our great good fortune all these decades later, some Spectator Time Travel is possible  in this case. You can purchase a (somewhat pricey) DVD of “Caesar’s Writers” on Amazon.

The photo of “A Reunion of the Greatest Comedy Writers" is at the top of this post.


"On January 24, 1996 at the Writers Guild Theater in Los Angeles, CA, legendary comic Sid Caesar was reunited with nine of his writers from Your Show of Shows and Caesar’s Hour. The event was taped, and later broadcast on PBS in the United States, and the BBC in the UK as a 1 hour special, with only select portions of the full two-hour event. The full event was previously available only as a VHS, offered as a pledge premium by local PBS stations. Now, the full two-hour special CAESAR’S WRITERS is available on DVD for the first time! Be prepared to laugh non-stop as the panel, made up of head writer Mel Tolkin, Caesar, Carl Reiner, Aaron Ruben, Larry Gelbart, Mel Brooks, Neil Simon, Danny Simon, Sheldon Keller, and Gary Belkin share stories about their time working on Caesar’s shows and offer their insights about writing comedy..." 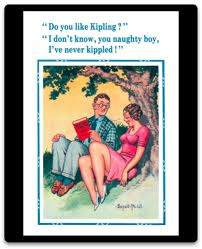 The title of this post is drawn from the autobiography of Rudyard Kipling, Nobel laureate, the second most quoted name in English literature (according to Bartlett’s) after Shakespeare.

“Do you like Kipling?” goes the old joke.
Answer: “I don’t know, you naughty boy, I’ve never kippled.”

But I’ll get back to Rudyard in a moment. First a plug from our sponsor, namely me.

My chase thriller, The Running Boy,  can be downloaded in Kindle format free for the next three days – Friday, Saturday and Sunday. I’m hoping to drum up some interest, obviously, for what I consider an exciting read. So spread the word, if you will.

You can read an online interview with the author about the writing of The Running Boy here.

By the way, on Monday and Tuesday Amazon will be giving away my most popular thriller, Lair of the Fox. After that, both return to their regular Kindle price of $2.99. 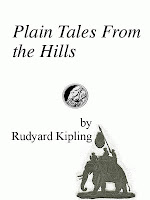 Kipling flashed across the London literary firmament like a comet at age 23 with the delicious short story collection, Plain Tales From the Hills, followed a year later by Barrack-Room Ballads, which showed him a master versifier.

His sensational debut at such a young age was comparable to that of Charles Dickens. "The star of the hour," said Henry James when Rudyard was only 25. "Too clever to live," said Robert Louis Stevenson.

But the shooting star did not flame out. While he continued to produce stories and poems at a prodigious rate, he never joined his own rabid fan club. He was certainly aware of his genius, but his approach to the craft of writing remained ever that of a conscientious workman. He edited himself ruthlessly.

“Higher Editing” he called it, and I’ll get to the specifics of his technique in a few moments.

But please note: It is possible to expand a story or novel through good editing. To diagnose what is lacking and suggest the addition of needed material.

That is emphatically not the kind of self-editing I’m talking about here. I’m talking “less is more,” a strictly reductive process.

The most famous editor I recall hearing about was the legendary Maxwell Perkins, editor and hand-holder of Ernest Hemingway, F. Scott Fitzgerald and Thomas Wolfe. Not our Tom Wolfe, but the great undisciplined contemporary of Hemingway and Fitzgerald “whosetalent was matched only by his lack of artistic self-discipline.” 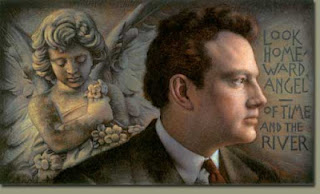 Wolfe's great big doorstop novels—Look Homeward, Angel, You Can’t Go Home Again, Of Time and the River—all landed on Perkins’ desk as cartonloads of verbal tonnage, all requiring major surgery. For instance, from the brilliant but bloated manuscript of Angel, Perkins managed to remove 90,000 words.

I have a similar tale, with far punier statistics. My first thriller, Lair of the Fox, was sold on the basis of an outline and the first 100 pages to a small publisher. The completed manuscript weighed in at 120,000 words – every one them perfect, I'll have you know.

So I was shocked to learn from my editor that this small publishing house (Walker & Co.), in order to reduce their printing and binding costs, never published trade books over 80,000 words. Therefore--would I please cut 40,000 words from my manuscript.

I did it. And I relied on Kipling’s “Higher Editing” method to do it. And the book is much the better for it.

It wasn’t easy. As a legendary teacher of fiction writing once explained, “This is why surgeons never operate on members of their own family and dislike to work even on close friends.” (William Foster-Harris, The Basic Patterns of Plot, p. 112)

A famous American editor has his own take: “Play ‘digester’ to your manuscript; imagine that you are an editorial assistant on a digest magazine performing a first squeeze on the article to be digested. Can you squeeze out an unnecessary hundreds words from each thousand in your draft?” (Gorham Munson, The Written Word, p. 170)

John D. MacDonald used the reductive process as an intrinsic part of his creative plan. A magazine profile of the mystery master described him “tapping out the 1,000-page drafts that he whittles down to 300-page manuscripts in four months.” (Newsweek, March 22, 1971, p. 103)

For this reductive process to work, however, you have to put your heart and soul into that first draft, like Tom Wolfe or John MacDonald. Don’t edit or second guess yourself the first time through; let yourself be driven forward by the compelling emotion of your story; to switch metaphors, trowel on the raw pigment, which you can shape later at leisure.

To quote Gorham Munson again, “Write as a writer, rewrite as a reader.”
(The Written Word, p. 167) 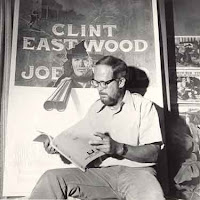 Another master of mystery, Elmore Leonard, went from a journeyman paperback writer (westerns and detectives) to best-sellerdom and Hollywood fame by taking an opposite tack. He began to edit himself in advance — on his first draft. As he famously put it (his rule No. 10 of good writing): “Try to leave out the part that readers tend to skip.”

If you can do that, bravo! Others, some very great writers among them, have had to go back over their work and painfully cut out the deadwood.

Here is the method used by Georges Simneon, whom I profiled in an earlier post..

“In response to the imperious instruction given him by Colette, "Suppress all literature," he embarked on developing the pared-down style which he made so notably his own." (“About Simenon,” The European, Nov. 2, 1990)


INTERVIEWER: "What do you mean by 'too literary'? What do you cut out, certain kinds of words?"
SIMENON: "Adjectives, adverbs, and every word which is there just to make an effect. Every sentence which is there just for the sentence. You know, you have a beautiful sentence—cut it. Every time I find such a thing in one of my novels it is to be cut." (Simenon quoted in Writers At Work, The Paris Review Interviews, p. 146)

To quote Leonard again, “If it sounds like writing, I rewrite it.”

Granted, that rule does not apply to the beloved storytellers of an earlier era—to Jane Austen or Dickens, to Tolstoy or Conrad. Nor even to my favorite of current thriller writer, Frederick Forsyth. Narrative charm is a special skill of selected yarn-spinners, an honor to be conferred by adoring readers.

So, at last, we come to Kipling’s “Higher Editng.” Here he describes how he used it on his debut story collection, Plain Tales From the Hills:


“They [Anglo-Indian tales] were originally much longer than when they appeared, but the shortening of them, first to my own fancy, after rapturous re-readings, and the next to the space available, taught me that a tale from which pieces have been raked out is like a fire that has been poked. One does not know that the operation has been performed, but everyone feels the effect...

This leads me to the Higher Editing. Take of well-ground Indian Ink as much as suffices and a camel-hair brush proportionate to the interspaces of your lines. In an auspicious hour, read your final draft and consider faithfully every paragraph, sentence and word, blacking out where requisite. Let it lie by to drain as long as possible. At the end of that time, re-read and you should find that it will bear a second shortening. Finally, read it aloud alone and at leisure. Maybe a shade more brushwork will then indicate or impose itself. If not, praise Allah and let it go, and "when thou hast done, repent not."... The magic lies in the Brush and the Ink.” (Rudyard Kipling, Something of Myself, p. 224-225)