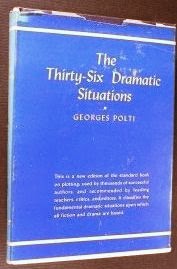 For your writer’s bookshelf, I recommend you pick up (or download) a copy of Georges Polti’s Thirty-Six Dramatic Situations. The work of a French academic and classicist, the slim volume (my well-thumbed copy runs to 180 pages) was first issued in Paris in 1895, translated into English in 1916, and has been reprinted continuously ever since.

I’ve never read it, mind you. I don’t think it’s meant to be read straight through. It’s more suited to skimming and sampling. Sometimes in a lazy search for ideas I find myself going back over Polti’s time-tested list,* which attempts to categorize every dramatic situation that might usefully occur in a story or drama.

In our days, of course, “list” titles are a glut on the market, from songs (Paul Simon’s “50 Ways to Leave Your Lover”) to Cosmo headlines (“69 Shocking Things Chicks Do in Bed”) and quickie self-help tomes (“10 Power Secrets of Ruthless Leaders”). But, with the notable exception of Moses on Mt. Sinai, I’m thinking Polti might have been the trendsetter on catchy list titles.

He’s certainly had no shortage of copycats when it comes to how to plot. Google any number + “plot” and you’ll get oodles of competing lists—"7 Basic Plots," "17 Stockplots," "20 Master Plots" to name a few.

I was reminded of Polti’s old warhorse last year when I watched Saving Mr. Banks, the film about Walt Disney’s decades-long quest to bring Mary Poppins to the screen.

I realized, at some point, that the heart and soul of this touching tale was based on what Polti regarded as the most neglected of all the dramatic situations. Indeed, the Frenchman gave it pride of place in his list of three dozen:


A Persecutor; a Suppliant; a Power in authority, whose decision is doubtful.

Modern writers, Polti laments, have evidently “found the First Situation too bare and simple a subject for this epoch.” 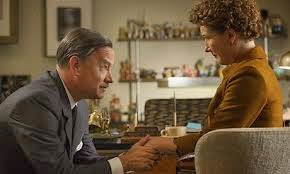 In the climactic scene of Mr. Banks, Tom Hanks, in a brilliant evocation of Walt Disney, gets down on his knees before author P.L. Travers (wonderfully played by Emma Thompson) and begs her to allow him to bring her characters to a wider world.

Coincidentally, in another of last year’s films, Captain Phillips, Tom Hanks entreats Somali pirates to spare the life of his crew, so he’s clearly mastered the art of dramatic “Supplication.” But it’s still novel to see a hero, or a male protagonist, on his knees.

The other way around, genderwise, is stereotypically quite common. Polti mentions the heroine of Sophocles’ Antigone, begging her Uncle Creon to be permitted to bury her slain brother, Polynices.

And in my considerable span as a reader, just about every tough guy hero—from Mickey Spillane’s Mike Hammer to Lee Child’s Jack Reacher—can’t seem to get out of chapter one without closely encountering a damsel in distress. In Child’s Echo Burning, the seductive supplications go on for several chapters.

I do not complain, mind you. Nor would Polti, I’m thinking.