In the movie Patton, George C. Scott (as George S.) confesses, as he visits the battlefield carnage in the aftermath of the Allied debacle at the Kasserine Pass, “God help me, I do love it so!”


On the eve of the 70th anniversary of D-Day, let me make my own declaration: I love World War II thrillers. Not so much those big ballyhooed doorstop novels, like James Jones’ From Here to Eternity or Norman Mailer’s Naked and the Dead, or even Herman Wouk’s monumental Winds of War and War and Remembrance. 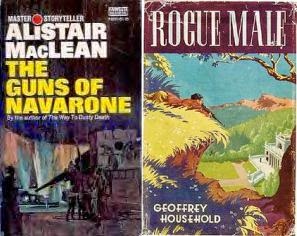 In recent decades, WW2 special ops and behind-the-lines espionage tales have been in fine and abundant supply. There’s a gripping handful from Jack Higgins (or Harry Patterson), including The Eagle Has Landed (kidnapping Churchill), To Catch a King and The Valhalla Exchange. And several standouts from Ken Follett, preeminently Eye of the Needle and Key to Rebecca. 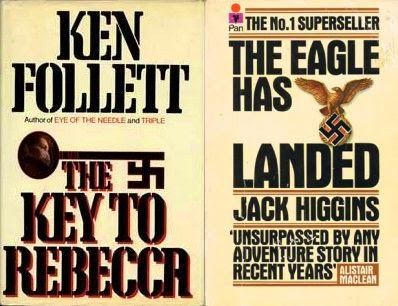 Before turning his considerable talents to the adventures of Israeli art-restorer and assassin, Gabriel Allon, Daniel Silva produced The Unlikely Spy. Greg Iles’ Black Cross and Spandau Phoenix are both well worth reading.


Many of these titles have apocalyptic “thank God, it didn’t happen” scenarios, without going the alternative history route of Robert Harri’s Fatherland (the the Nazis win!).

Among recent Kindle offerings I’ve particularly enjoyed Jack Hayes’ adrenaline-charged Blood Red Sea and Saving Hitler; and, because this is only an off-the-top-of-my-head list, I welcome readers’ recommendations of other recent (or not so recent) WW2 thrillers.


You'd be correct in inferring from the foregoing that I’ve badly wanted to try my hand at this historic thriller genre. But—how to pick a theater and concoct a plot?


As it turns out, my father Louis Pollock, a screenwriter, had worked up something suitable, fact-based and fictionally expanded. It involved German prisoners of war in America. The movie was never made, but I may yet develop his screenplay into a novel.


In the meantime, even before casting characters or weaving a plot, I settled on a place and time—North Africa, right after the Allied landings when Patton was military governor of Morocco.
This was a brief interlude—two and a half months from the Operation Torch  landings in November, 1942, to the Casablanca Conference in January of ’43—in which “Old Blood ’n’ Guts,” in Ladislas Farago's phrase, took “time-out of the war to play the role of an American pasha.”


From all accounts, Patton both gloried in, and agonized over, this delay in fulfilling his "warrior destiny." From a succession of Moroccan headquarters, each more sumptuous than the last, Patton reigned briefly as the modern equivalent of a Roman proconsul. He waded, fearlessly and often foolishly, into treacherous diplomatic waters, while being feted by the Sultan and his Grand Vizier and various regional pashas. (The boar hunt with the Pasha of Marrakesh, which opens Countdown, actually took place.) More to the critical point, Patton seems to have been politically seduced by the local Vichy power elite, some of them Nazi sympathizers, others outright spies. 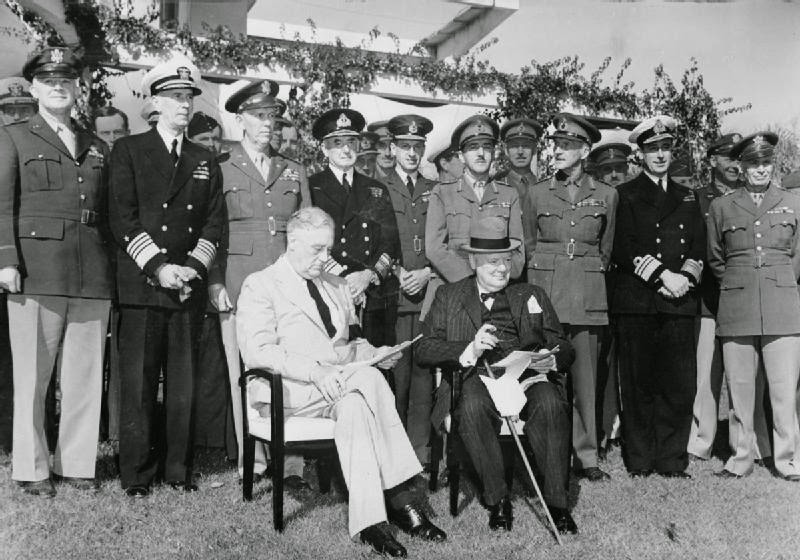 His proconsulship climaxed with the assignment to organize a top-secret Allied summit conference. In the course of ten days in Casablanca, Patton played host to FDR, Churchill, DeGaulle, Marshall, Eisenhower, Clark, Bradley, Mountbatten, Montgomery, Alexander, Brooke and others. Characteristically, Patton pulled the show off with panache—and departed, shortly thereafter, into the Tunisian desert to commence killing Germans.

But the legendary general and his exploits hardly require fictionalizing. I only wanted to appropriate the exotic mise en scène, with the general appearing as an occasional cometary presence in my story. With the background in place, I went looking for a protagonist and a suitably cataclysmic plot.


I found both ingredients, much to my taste. And now, after a delightful research trip and a couple of decades of writing and rewriting, editing and re-edting, I’m even more delighted that the damned thing is done at last.


I don’t know where, or if at all, Countdown to Casablanca might fit into the long list of WW2 thrillers. But, in all modesty, it seems to me that there’s always room for one more. 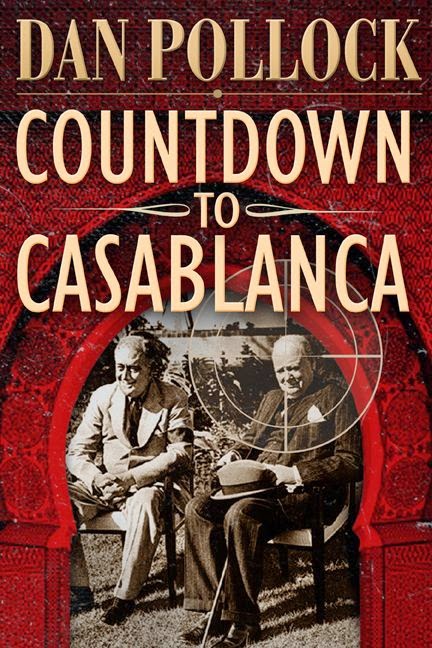