Your characters are obviously more important than their settings, but there is a critical and creative synergy between character and setting--a synergy that takes place in the reader’s brain.

The late, great John D. MacDonald codified it this way: "When the environment is less real, the people you put into that environment become less believable, and less interesting."

He illustrated his point with two descriptive passages. Here is the first: 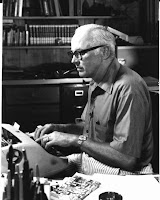 “The air conditioning unit in the motel room window was old and somewhat noisy.” MacDonald called this an image cut out of gray paper. It triggers no vivid visual image.

By contrast, see what happens in the imagination while reading this passage:

"The air conditioning unit in the motel room had a final fraction of its name left, an 'aire' in silver plastic, so loose that when it resonated to the coughing thud of the compressor, it would blur. A rusty water stain on the green wall under the unit was shaped like the bottom half of Texas. From the stained grid, the air conditioner exhaled its stale and icy breath into the room, redolent of chemicals and of someone burning garbage far, far away."

From these close-up clues, MacDonald said, you the reader can construct the rest of the room--bed, carpeting, shower, with vivid pictures from your own experience.
The trick is how much to describe--the telling detail--and what to leave out. Too much detail and you turn the reader into a spectator, no longer part of the creative partnership whereby the reader fills in the rest of the scene out of experience and imagination.

“No two readers will see exactly the same motel room,” he added. But “the pictures you have composed in your head are more vivid than the ones I would try to describe.”

Note that MacDonald did not label the air conditioner as old or noisy or battered or cheap. Those are all subjective words, evaluations that the reader should make. “Do not say a man looks seedy. That is a judgment, not a description. All over the world, millions of men look seedy, each one in his own fashion. Describe a cracked lens on his glasses, a bow fixed with stained tape, an odor of old laundry.”

Note also that MacDonald is using sensory cues in his quick sketch of the air conditioner. You not only see the bottom half of Texas, you smell the burning garbage, you hear the coughing thud. 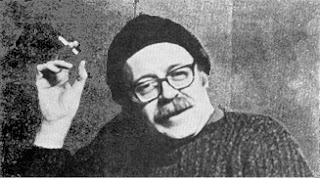 There are many masters of detailed description. One that comes to mind is the late Joseph Hansen, author of the David Brandstetter mysteries. Here is an example, picked almost at random from his 1973 novel, Death Claims:

“…The front wall was glass for the view of the bay. It was salt-misted, but it let him see the room. Neglected. Dust blurred the spooled maple of furniture that was old but used to better care. The faded chintz slipcovers needed straightening. Threads of cobwebs spanned lapshades. And on a coffee table stood plates soiled from a meal eaten days ago—canned roast-beef hash, ketchup—dregs of coffee in a cup, half a glass of dead, varnish liquid…”

It’s clearly of a piece with MacDonald’s example. But Hansen, a poet as well as novelist, seems to describe everything, every setting, every character, with such laser-like attention to detail, while MacDonald picks his spots. For me as a reader, exhaustive detail is exhausting.

There are celebrated passages, of course, where an author intends to glut the reader with overflowing detail. A famous example occurs in Gustave Flaubert’s descriptions of Madame Bovary’s wedding, in which every costume and every menu course is lavished with loving prose:

“Upon [the table] there stood four sirloins, six dishes of hashed chicken, stewed veal, three legs of mutton and, in the centre, a comely roast sucking-pig flanked with four hogs-puddings garnished with sorrel. At each corner was a decanter filled with spirits. Sweet cider in bottles was fizzling out round the corks, and every glass had already been charged with wine to the brim. Yellow custard in great dishes, which would undulate at the slightest jog of the table, displayed on its smooth surface the initials of the wedded pair in arabesques of candied peel…”

MacDonald cites another exception to the less-is-more dictum: “In one of the Franny and Zooey stories, [J.D.] Salinger describes the contents of a medicine cabinet shelf by shelf in such infinite detail that finally a curious monumentality is achieved…”

As a happy postscript to the previous, Orinoco is now available on Kindle  and in paperback  through Lulu.

Even better news, Orinoco will be FREE for download this coming Saturday and Sunday, July 13 and 14.

I quoted Tom Keneally's blurb on the previous post. Here are a few more I was tickled to get for this adventurous thriller:

"I never give quotes for fiction books, but Dan Pollock is a writer of talent and drive. His Orinoco is a riveting read." --Len Deighton

"The mining of iron ore in thejungles of Venezuela is hampered by archaeological finds, and we have the ingredients of a good old-fashioned action-adventure story. Dan Pollock brings the reader right into the exotic locale and peoples his story with interesting characters. A well-written and obviously well-researched novel; classical escape reading."--Nelson DeMille 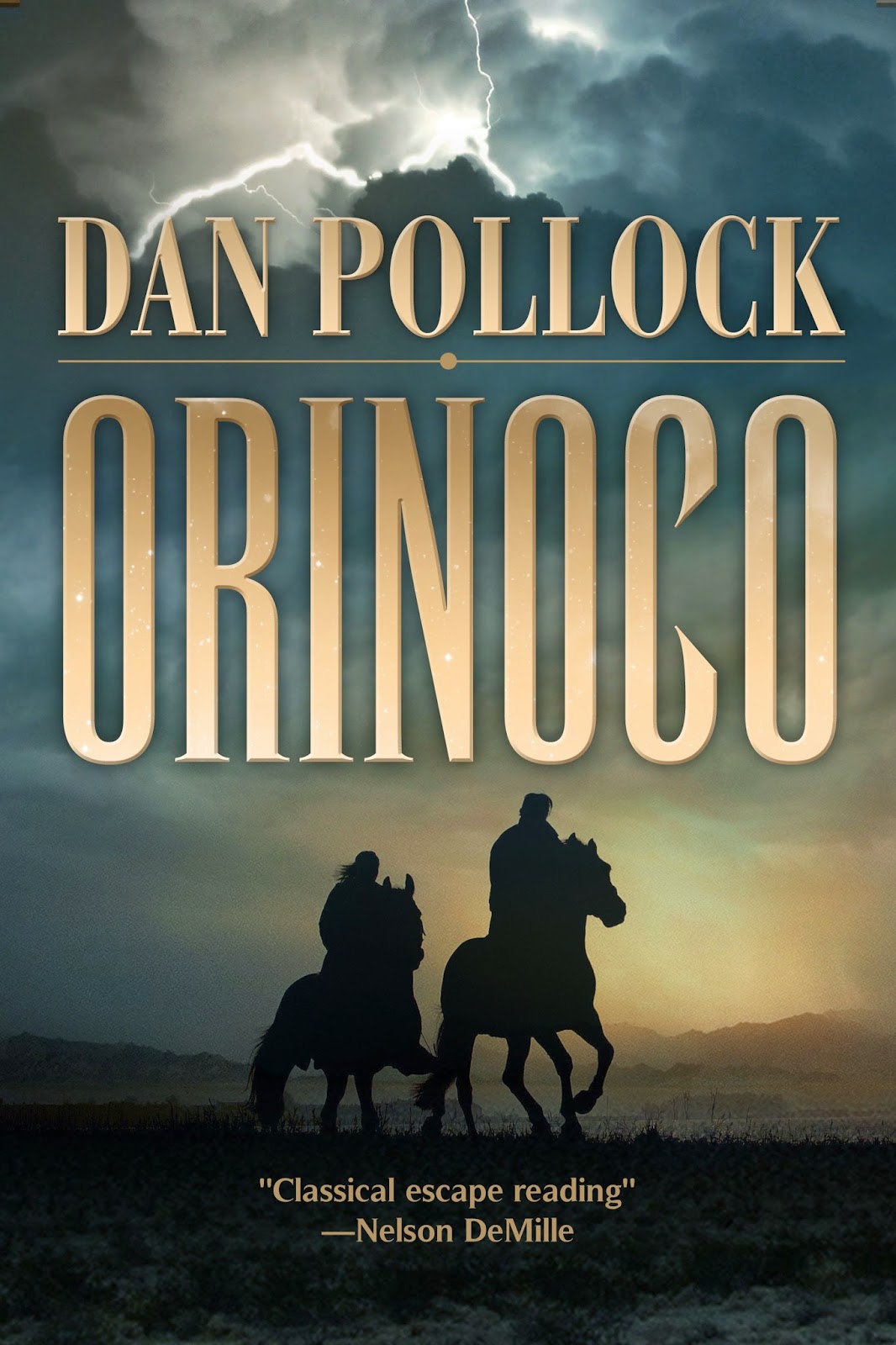 My South American-sited action-adventure thriller Orinoco suffered a strange fate at the hands of its original publisher, Pocket Books. Despite rave endorsements from three best-selling writers—Len Deighton, Thomas Keneally (author of Schindler’s List) and Nelson DeMille—the publisher decided to change my title to one that I found vague and actually meaningless.

I was informed, but not consulted. I felt like a parent watching helplessly through the hospital nursery window as the nametag is switched on the bassinet bearing his child. Orinoco was thus born into the book world as Pursuit Into Darkness. With this eminently forgettable dust jacket over its face, the novel was barely promoted, scarcely noticed and soon forgotten.

The brilliant Australian novelist Thomas Keneally captured my feelings perfectly when he called me from “Oz” just about that time with his solicited endorsement. He had read an early proof of Orinoco and was properly disdainful when I told him of the last-minute name change. He dictated his blurb thus:

“What a ripping read. Orinoco--or by whatever meaningless name it is now being called--is a rapidly moving, thoroughly satisfying opus, good for a winter’s night or a summer’s day.”

Flash forward a bunch of years to the present era of self- and independent publishing. In my case (and in the case of many another published writer), it affords the glorious opportunity to republish out-of-print titles—and do it right this second time around.

This time no committee, no finger-to-the-wind marketing manager, gets to rename my opus. This is why I am particularly excited about the imminent independent publication of PURSUIT INTO DARKNESS ORINOCO. In a couple weeks, it will be available under its rightful and original name, and be judged by its proper merits.

You see, the title was the book at its inception. I began not with an idea, but just that rhythmically resonant name. Other tributaries of the story flowed into that riverine trunk. As I mentioned in a previous post, among my early inspirations was Conan Doyle’s The Lost World, though I skipped the dinosaurs that Doyle’s imagination deposited atop Auyán-Tepui, the giant sandstone mesa from whose prow Angel Falls plunges endlessly down into the surrounding Venezuelan jungle.

Now I've just reread my manuscript for this South American thriller and discover that it's good! In fact, I have to agree with Nelson DeMille's generous plaudit: "A well-written and obviously well-researched novel; classical escape reading." (Thank you again, Mr. DeMille!)

I can hardly wait until Orinoco is reborn and rechristened on Kindle (and in Lulu print-on-demand). In fact, I'm going to be giving copies away, in lieu of cigars, as soon as they emerge from their digital womb.